Well its happening, it been a long time coming, the end of an era,
YouTube is about to implode on itself.

Big changes are happening at YouTube HQ and it will affect everyone who uploads to the site. It all revolves around a little organisation called The Federal Trade Commission and their bright idea for a Children's Online Privacy Protection Act. It turns out that YouTube have been breaking this Act, not the whole thing, just the part about collecting data on Kids who use the site.

Thousands of hardworking Blue Collar YouTube personalities are about to find that their job just got a whole lot more difficult. The new restrictions being imposed because of the Ruling by the FTC and COPPA mean that any content that could be Kid Appropriate will need to be labeled as such. YouTube will honor this Kid friendly label by not tracking information on the viewer... how nice of them! This will also mean no targeted ads, no comments either, also the possibility of no notifications for new video uploads.

But the biggest kicker is around money, or lack of it. Because Kids videos can't have targeted ads placed on them it raises a serious question; who will advertise on them? Many companies don't want their ads run where they can be accidentally clicked by youngsters, they are paying per click after all.

So no Adverts = no Money. Why would creators put effort into making a video when there is no return? Sure; the casual up-loader or hobbyist will continue to make something interesting for the viewer here and there, but there is one more thing......

The FTC have one other small, tiny almost insignificant detail they need you to be aware of, its nothing really; quite unimportant. If you don't tick the Box saying your content is aimed at kids and they disagree with you; then there will be a little fine imposed..........$42,000.... per video. Holy crap! If that doesn't make you want to quit YouTube then I don't know what would.

I can see a future that very much resembles the past, where content creators host their own videos; on their own sites. They are then free to set their own rules, choose the advertising revenue they want, target the audience they want. It will be tough at first, but if we look back through internet history we will notice that were one platform drops off another is waiting to take its place. 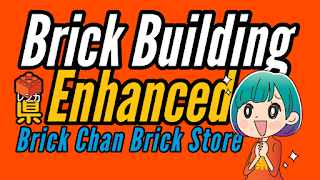 COPPA, COPPA, I just can't COPPA! Well its happening, it been a long time coming, the end of an era, YouTube is about to imp...